As I arrived into Energia Park, Donnybrook, I could feel the tension of all the players as they were warming up. CBC with their backs to the main pitch and Wesley College warming up at the far end. After what felt like a long time. The players going through the motions, stretching, jogging, throwing and kicking the ball around. Finally, both teams head for the changing rooms. This is it.
With CBC captain Charlie Meagher winning the toss and electing to Kick off towards the Bective end. Stakes were certainly high as a loss resulted in an immediate knock out and no second chance. Monkstown started strong and Wesley pinned in their 22 for the first 5 minutes of the match. 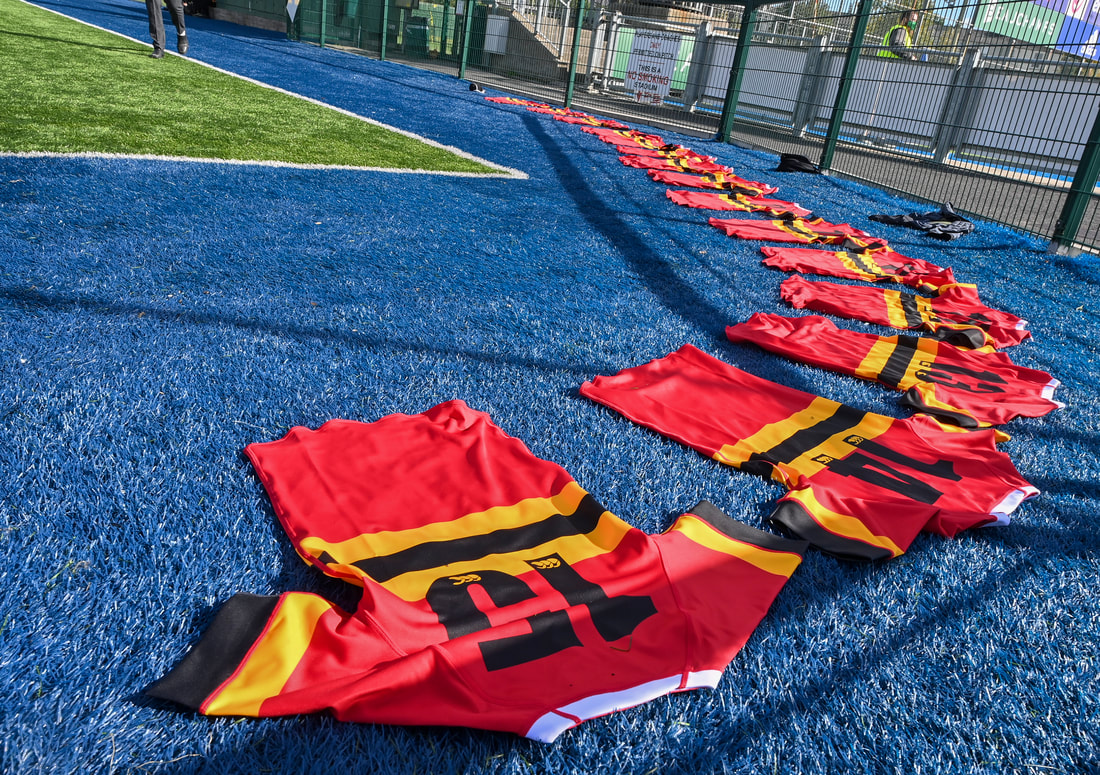 Wesley kicked for touch to help clear their lines. CBC line out just inside the Wesley half. Following a well drilled set piece, the ball was passed out to Ronan Mahon, who took the ball in stride a making a lovely solo break through their defence, stepping their 9 and dodging their full back for a fine try under the posts. Getting the score board moving and putting CBC in the lead just before the 15 minute water break. CBC 7-0 Wesley.

Wesley came back fighting with two un-converted tries making it 7-10 to Wesley at half time. Towards the end of the second half, a Monkstown set piece making 20 yards resulted in a penalty which Mahon kicked making it 10-10 for the 45 minute water break.
​
The intensity was insane as the noise from the crowd only grew louder towards the end. Now with only 10 minutes to go, Cuan ‘magic’ Hussey scored in the left corner from a very well worked Monkstown set piece, moving the ball out all the way to the winger to score in the corner, making it 15-10 Monkstown. 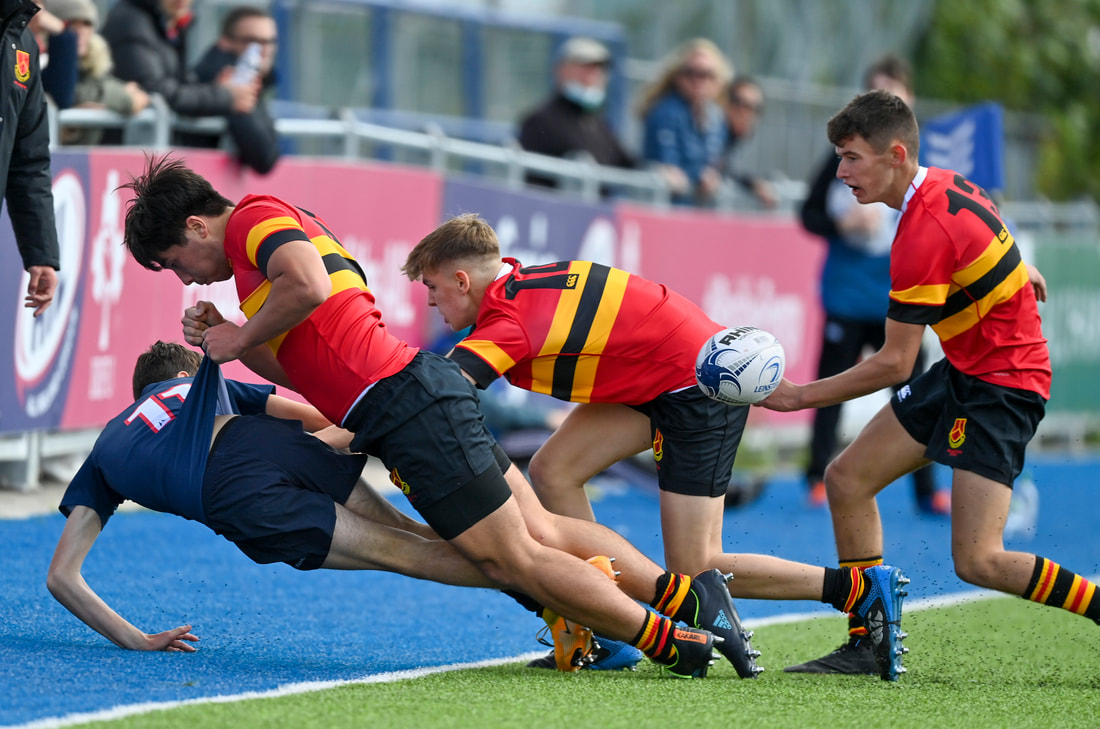 With the game drawing to a close Mahon sent a floating pass out to Hussey on the wing for another try. But unfortunately the game was not over yet. Wesley rushing up to take a quick kick-off putting Monkstown under pressure with a minute left on the clock. The Wesley #8 took it quickly and with a few phases on the CBC 5 meter line, Wesley scored under the posts as the clock went red, Monkstown 20-17 ahead.

CBC now wishing for the final whistle that the referee refused to blow. CBC had to kick-off back to an eager waiting Wesley team. CBC then making a few small mistakes, helped Wesley get back on the front foot on the Monkstown 22. The pressure was now unbearable as both teams were giving it their all, eventually one of the Wesley players dropped the ball, which resulted in a penalty to CBC which drew the game to a close.
​ 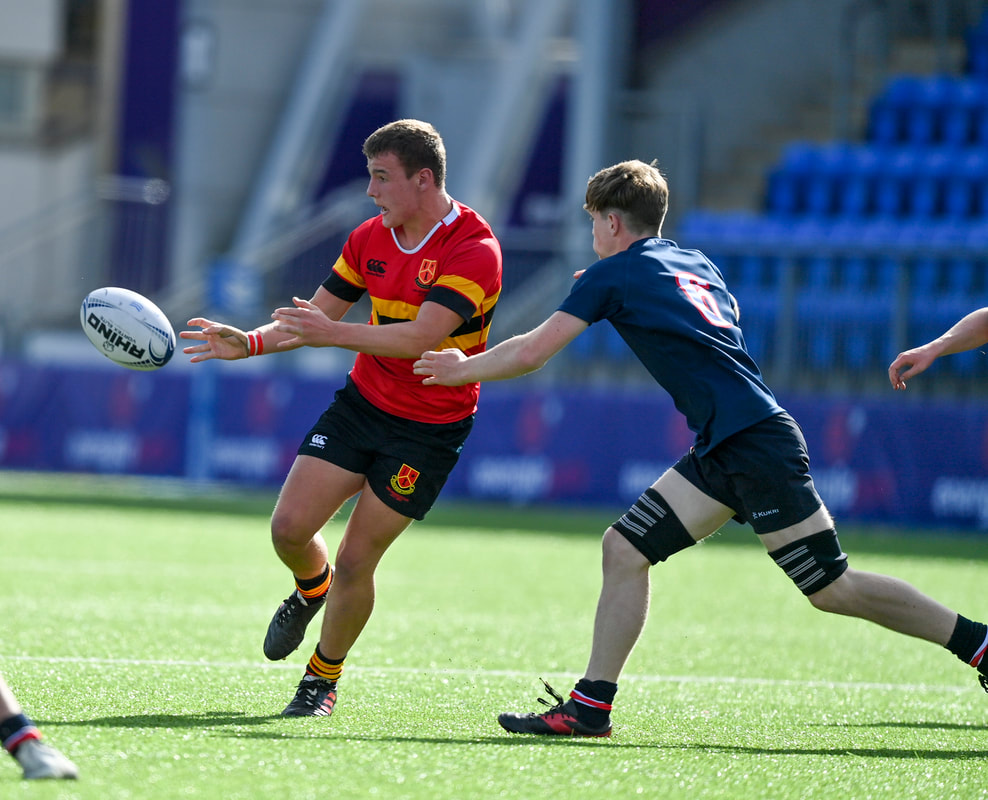 MONKSTOWN  20 - 17  WESLEY COLLEGE
All the players and coaching staff were very relieved with the win as it was not their finest performance.  They are all very eager to play St Vincents Castleknock in the next round.